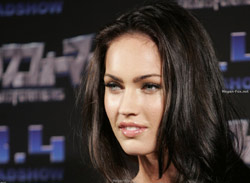 It wasn't much, but it was enough for a guy like Kafir, desperately looking for someone to talk to about anything. He leapt to his feet and snatched a DVD case from his entertainment center. He waved the metallic cover at me.

"Transformers," he said and picked up the case. "Blu-ray. Hi-Def. Optimus Prime."

He seemed to be describing objects like an intro level language teacher.

"I, panther!" He exclaimed.

How do you respond to a declaration of pantherdom? I smiled and nodded, but Kafir could sense my confusion. He bounced to his feet and grabbed me by the sleeve. 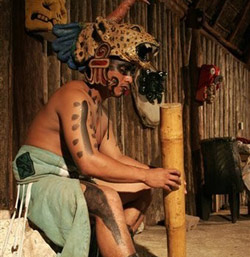 I guess if I have to go, appeasing the gods is the way to do it."Come!" He gestured down the hall. "I show you. I show you. I, panther."

I was suddenly wary. I had gone along with Kafir to this point, suppressed my genetic American urge to be fearful of all things too far from me on the color wheel, but did I really want to discover this lunatic's panther den?

I had images of Mayan panther warrior costumes, stone knives, and videocassettes dropped surreptitiously into an embassy mailbox. I knew such suspicions were unwarranted, but if Kafir truly wanted to get a feel for life as an American he needed to start living in beneath an intoxicating cloud of paranoia.

Somehow, I summoned my reserves of courage and allowed myself to be led by this strange Muslim man into the panther's jaws. What I found there was more startling than I could have imagined.

The room was small and windowless. It trapped and compounded the overwhelming stink of strange chemicals.

"I, panther," Kafir gestured expansively and his meaning was clear.