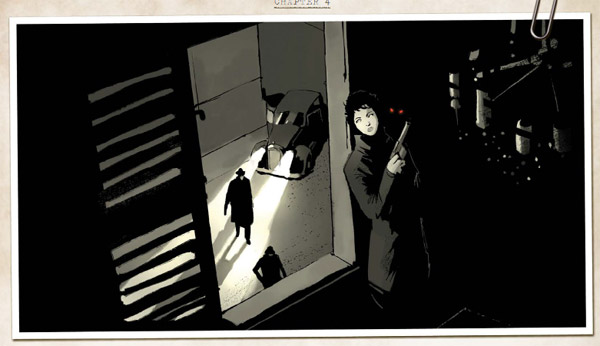 Steve: What was the topic?

Zack: Welcome to 1945, Steve. Tell me about your party of adventurers.

Steve: Betty Nance, British code breaker. The brains of the operation who was sent to mainland Europe to help break some of these strange new codes the Allies have been intercepting. She has no combat experience though.

Zack: I like it, Steve. Bletchley girl. Very progressive.

Steve: She also has an enormous rack.

Steve: You suggested a Gurkha, so Gagan "Gags" Chhetri, a Nepalese Gurkha assigned to protect Betty. He has a secret history of battling cultists in Nepal. He's a total badass.

Steve: And also Walt Eckard, Private, US Army. He's a country boy and moonshiner assigned to drive Betty around while she is working with General Patton or whatever trying to crack codes. Growing up in West Virginia he once saw a living horse turned inside out by some sort of mythos mountain man evil and he is a crack shot and really good jeep driver.

Zack: I'm sure he can brew one hell of a space mead.

Zack: Alright, setting the scene a bit, it's 1945 and Betty and her crew are trying to keep up with the advance of General Patton. As the war drags on, increasingly strange events have been occuring: disappearing units, giant shapes seen moving at night, incredible German weapons, and unconfirmed reports of savage, mutilated soldiers fighting on the side of the Germans. The Allied command is doing everything it can to squash rumors of the supernatural circulating among the men. Meanwhile, word is that the Soviets are encountering even more strangeness than the Western Allies.

Zack: Betty and her crew arrive at a communications outpost where she is supposed to be decoding some transmissions. She is brought in to meet an old man in a shabby colonel's uniform standing surrounded by the current height of radio intercept equipment.

Zack: Yes, with a few more men and women wearing headphones and typing on typewriters. The colonel turns and sees you are waiting to talk to him. "Ah, Miss Nance, good to see you made it. I am Colonel Eggers with Majestic. You probably haven't heard of our unit, which is how we prefer to keep things."

Zack: "Good, good. I'm afraid the code we need you to break is not here. We need you to go to the Teufelsschanze in the mountains west of Nachtenberg. We've captured a remote listening post that belongs to some German outfit and we want you to have a look at their encryption. I'm afraid I can't give much more information than that."